All rise for Judge Pi

Paul’s Raspberry Pi obsession continues apace. Not content with building an office jukebox using the £20 device, he’s gone one further and created a whole machine with its own personality to monitor our music selections. 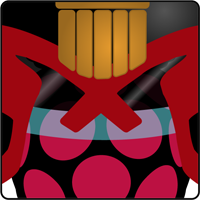 But don’t worry, he hasn’t created a Robocop or Terminator-style playlist quality control enforcement officer (not yet anyway, but give him time. We dread to think what’s lying half-built in his garage, just one circuit board away from sentience). No, JudgePi works alongside JukePi to set the day’s playlist and reprimand anyone who doesn’t abide by the rules.

Via his/her/its very own Twitter account, JudgePi decides on an aural theme for the day and monitors it closely. Alphabet Wednesdays are popular, as is New Music Monday. A recent Pre-Millennial Thursday went down well with the more mature team members, but Country Music Hour tends to drag like a, well, like an hour of country music.

He/she/it may not be Robocop, but JudgePi doesn’t pull any punches when it comes to policing the playlist and is rather free and easy with the reprimands. Anyone queuing up a song outside the Judge’s parameters will soon get a Twitter ticking off and forfeit their next choice, and rightly so. Although why the Judge didn’t send Jack to jail for choosing Nickleback is anyone’s guess.

Follow the Judge on Twitter at @judgepi to find out who’s selecting the killers and who’s guilty of the fillers. And watch this space for more Paul Pi news. It’s only a matter of time before he turns up at the office with FrankenPi.