A happy ending for the World of Beatrix Potter

We're very proud to number the official World of Beatrix Potter's e-commerce shop amongst our clients and, much like the lady's most famous character Peter Rabbit, we're of an inquisitive nature. But it's not Farmer McGregor's carrots we're interested in, it's how our clients work. 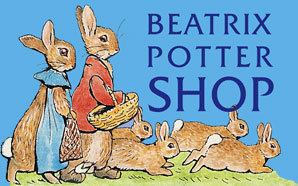 When we take on a client, whether it's for an initial, short-term project or something more substantial, we won't write a line of code until we know how their business operates inside out and from the bottom up. There are a number of reasons for this, but mainly it's because we can't build software systems that will enhance your business if we don't know how your business works.

So when Fenner had a routine meeting with the Beatrix Potter head of e-commerce operations Zoe, and she mentioned that she manually keys delivery addresses into their new courier's shipping software, he suggested that Meantime investigate the automation of that process. Knowing the system as he did, Fenner was certain there was a simple solution that would free Zoe to concentrate on less mundane tasks.

Back at the office, he brought up the topic at one of our regular team meetings and the development team investigated the courier's software to see how it could be done. A little research and a few hours of work later, the team had amended the e-commerce software to generate a list of the addresses awaiting deliveries and convert them into a format that could automatically be imported to the courier's software. This not only saved Zoe several hours a week of data entry but also eliminated the possibility of keying errors and subsequent failed deliveries.

A quick MOT of the rest of the system showed Fenner that a couple of small changes to the existing reporting system built into the software would provide the business owners with some valuable data. Volume of traffic has increased massively since the original release of the software and a large amount of sales data has accumulated over time. A couple of new reports and a dynamically generated year to date sales graph now provide the managers with a clear view of their increasing turnover, most popular and profitable products, and a clear idea of where their customers are buying from.

The changes were minor, the cost minimal. Knowing how our clients work and identifying efficiencies is integral to how we work. But for staff at the Beatrix Potter e-commerce shop, mundane operational tasks have been removed, and fewer routine tasks make for happier, more effective employees. Better still, there's no net cost because the changes have not only paid for themselves in saved time, they've given extra clarity to the business processes that will help drive sales.


A fairytale ending for all concerned.

*The screenshot is from our development environment. Keen ISO 27001 aspirants like us would never reveal true data!