It's been a year since we took on our first apprentice after our appeal for school and college leavers to consider working with us as a valid alternative to university. We're convinced it's the right choice for people who want a career in IT, so we thought we'd take a look at how life may pan out for those who choose the work path compared to a student entering their second year at uni. 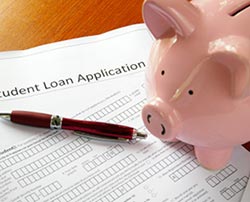 By the end of their second year, a university student can expect to be in debt to the tune of £17,800. By contrast, the average income for someone of the same age in full-time employment is £18,000 - almost the same number, but on the opposite side of the balance sheet.

According to the University of Warwick, students will need around £9,000 per year to cover basic living costs for a nine-month academic year. Unless they're lucky enough to be funded by the bank of mum and dad, this is either going to be included in their debt or paid for by part-time work. Add the part-time hours to those required by the degree, and the student is working full-time hours simply to service a growing debt. But take away that living cost from our full-timer's salary and they're left with £9,000, pre-deductions; that's £750 a month to play with and no debt to worry about.

When the student finally graduates, they may be disappointed to learn their earning capacity hasn't increased. The average graduate salary is around £19,600 - significantly less than our full-timer who will be on after three years with us, and with the added burden of almost £60,000 of debt.

These figures are average, and we'd be loath to persuade anyone with their heart set on a degree to change their mind. But we remain convinced that for those who want a career in IT, learning on the job is the way to go. And if you don't believe us, ask Jack.