Heathrow Volunteers proves there is no shelf-life to bespoke software

Back in 2011, Meantime were approached by Heathrow Airport to write a new system for the 2012 Olympic Games. 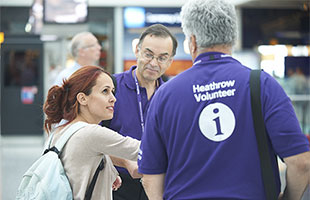 You can read a little more about it here - Meantime's software creates efficiencies for airports.

One of the things neither Meantime nor Heathrow anticipated was that, after the Games, they would continue with the Volunteer programme – it had proven to be so successful and the Volunteers had added real value to the airport’s passenger welfare programme.

So, here we are, 7 years on, and the software is still up-and-running, glitch-free. Over that time we have made various tweaks to keep the system in tune with Heathrow’s changing business needs but how have the years affected the technology it runs on?

Well, since we launched, Windows 7 has become Windows 10, IE has gone from version 8 to version 11 (and Edge!), Chrome is the most-used browser, and systems are more likely to be accessed by a mobile device than they are a desktop.

That’s why we decided to make a few more modifications to make the system fully responsive across all platforms.

You’ll read in the press about how companies get stuck using insecure operating systems or flawed browsers just to support a legacy piece of software. Worse still they might spend an enormous amount having to update their software and infrastructure. With Meantime’s bespoke software, we have, with minimal fuss, been able to keep systems up to date with changing technologies, proving that with bespoke software, there really never has to be a shelf life.